It feels like ghd has been around forever, and it is certainly hard to imagine life without them now. If you are over 25 however, you will probably remember the wasted hours spent blow drying your hair straight in the morning before the revolutionary ghd hair straightener changed the hair styling world.

ghd was founded in January 2001 by 3 entrepeneurs, Martin Penny, Gary Douglas and Robert Powls and based itself in Leeds.

Robert Powls had vast experience in the hairdressing industry, having worked as a stylist, salon manager and even owning 3 salons employing over 100 staff. After finishing his career in salons he went into product distribution for several hair and beauty brands.

Like many successful entrepeneurs he recognised a gap in the market and when his friend suggested he take a look at a new flat iron he had been sent from a South Korean inventor, Robert has his eureka moment. He approached Gary Douglas and Martin Penny and together they acquired the production and distribution rights for the iron. ghd was born.

And then the magic happened. Over the next few years, ghds were everywhere, from glossy magazines, to the must have beauty accessory of celebrities including Jennifer Anniston, Victoria Beckham, Cameron Diaz, Gwyneth Paltro and Madonna.

ghd straighteners started to fly off the shelf and demand was such that ghd even struggled to keep up with production. Legend has it that customers turned up at ghd HQ banging on the door, desparately looking for straighteners for Christmas. 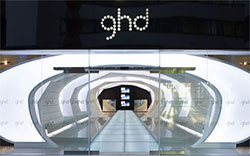 The stunning entrance to ghd's head office in Leeds

Growth of the ghd brand

People simply loved ghd and throughout the early years of the 21st century the brand grew and grew. By the end of their second year of trading, Jemella Limited (the trading company behind ghd) were turning over £12million, 4 times what they had originally forecast. By 2004 turnover was up to a staggering £37million.

In 2003, ghd launched its first television advertising campaign, sponsoring British reality TV show The Salon. This was the first real advertising that the Company had undertaken, relying previously on promotion in salons and word of mouth.

In 2006, the Jemella Group was purchased by Lloyds Development Capita for £55million and was sold on just 11 months later to Montagu Private Equity for an incredible £160million.

The ghd brand has attracted its fair share of controversy over the years and in 2008 had a series of television adverts for their new ghd IV styler banned by the Advertising Standards Authority for being offensive to Christians. The adverts used sexual and religious imagery and the ghd slogan 'A new religion for hair'.

The success of the brand has also seen a wide number of websites and market traders selling counterfeit ghd stylers, which are poor quality and can also be dangerous. See our guide to avoiding fake ghds for help in finding authentic stylers. 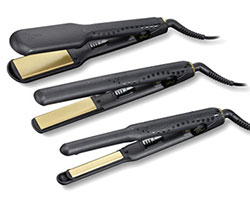 In 2011, ghd launched a new 'gold styler', their most advanced hair straightener to date and also entered the hair dryer market with the launch of the ghd air. The ghd range continues to be incredibly popular and sales show no sign of slowing down.

Katy Perry was announced as the face of ghd in 2011 and has featured in a number of photoshoots for ghd.

The history of ghd has been an incredible British success story and the fact that no girl can live without them today, shows just how quickly a new brand can achieve worldwide success with a great product, good marketing and a solid business plan.